Released November 1996
Before Koža there was project called 40 MEASURES. In 1991 that band recorded their very first version of EQUIVALENCE on a porta-studio 4-Track Machine. It was part of a cassette only release called MARASMIC which gained reputation in electronic underground circles and, yes, radio. It was a friend of Koža who asked to re-record the track in the new outfit to provide its full potential. So here it is. And, unfortunately, its lyrics haven't yet dated.www.datafilemusic.com 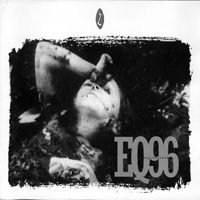