The Nomenclature
by USR

The Bright Below
by CMDR RIKR

Particles Of Fraud
by USR

A Permanent Departure
by USR

An Exercise In Alibis
by DE3IVAT

Beware Of The Leopard
by Twarlex

Accelerate On Stalemate
by DE3IVAT

Evolution Of Obsolescence
by DE3IVAT

Methods Of Efficiency
by DE3IVAT

Welcome To The Fine Machine
by T3AFO

Sealed In Sin
by Immortal Sin

Trip To Florida/Disworld
by Julius vs кожа

Behind The Mirror
by Seasons Of Time

Released January 1996
Daftly inspired by BIG BLACK'S SONGS ABOUT FUCKING album from 1987, Koža expolored the theme of how sex is unerotically represented in media as a product of consumption. Youthful in its creation, the song found its way into underground discotheques and the club mix filled dance floors. Koža, never keen of being a band to dance to, were amazed and released a ltd edition 12" edition in luminous purple vinyl subsequently. That 12" provided the only lost remix from the entire Data File Catalogue which is a dub mix of SPECIES called SON OF LUST. The multi-track is missing and the DAT-premaster hasn't survived. But the CD-Single is still available. At last.www.datafilemusic.com 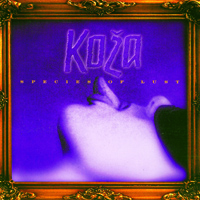